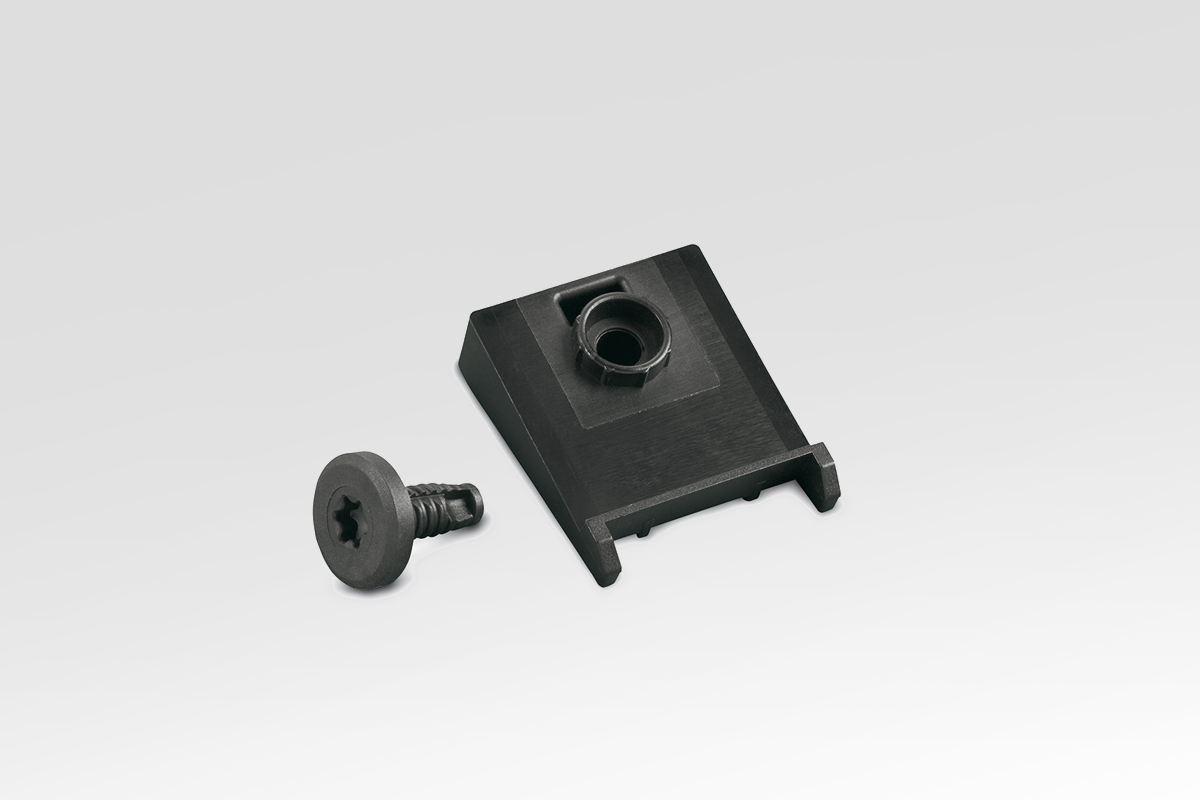 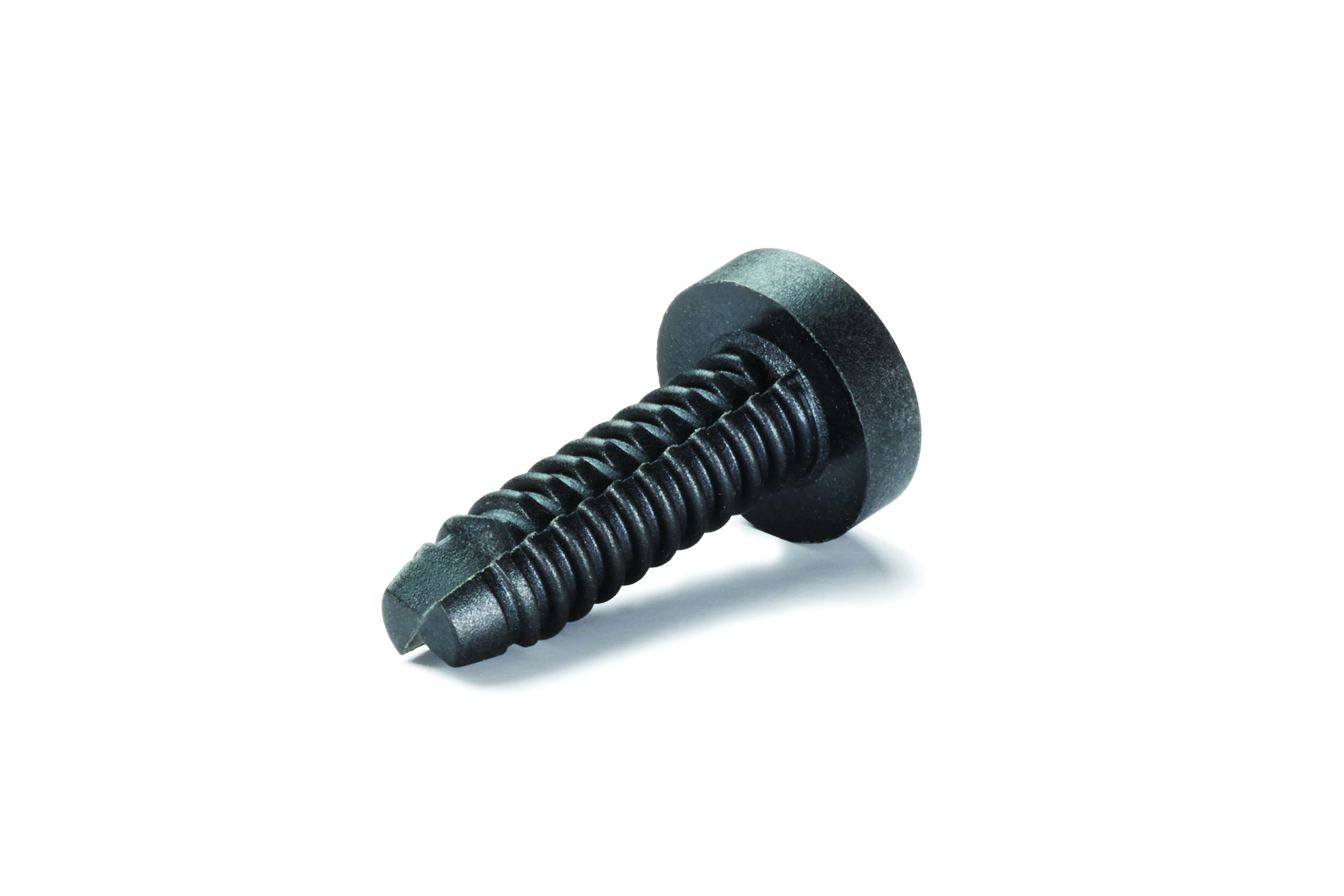 The material combinations of component and screw / thread insert decisively influence the choice of fastener.
While rather metal elements are used for non-positive metal component screwings, they are often oversized for fastening plastic components and also less suitable due to their material incompatibility. Under dynamic, swinging or thermic load, over the middle and long term, direct screw-fittings with metal screws result in problems regarding tight fit or even in a failure of the screwed connection.

Our solution is the development of the Plastic in Plastic (in the German abbreviation: K’ in K’) screwing principle. Apart from variants of K’ in K’ screws and thread inserts, often solutions have to be realised in thinner sheets and plastic plates. For these applications, K’ in K’ systems have been developed in which the screw or thread insert is joined with a clip or rivet.

The K’ in K’ feature implies a special thread geometry, which is easy to identify by two offset half threads. The K’ in K’ thread forms itself into the cylindrical insertion bore.

The thread design is distinctive for the patented function, which makes screwing in plastic possible.
During screwing off the torque is significantly higher and the connections is hence reliable against loss.

Mode of action and functional principle of thread profiles

For K’ in K’ plastic screwings, thread geometry is of decisive importance since K’ in K’ threads have to self-form or self-tap a “holding thread” into the pre-fabricated cylindrical or conical drill hole.
Depending on the thread forming, threads are subdivided into coarse threads and round and high threads.

For hard, solid base materials requiring a rather tapping screw-in process

Round and high thread 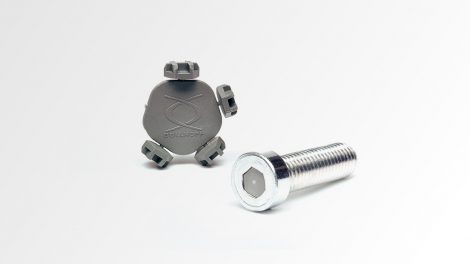 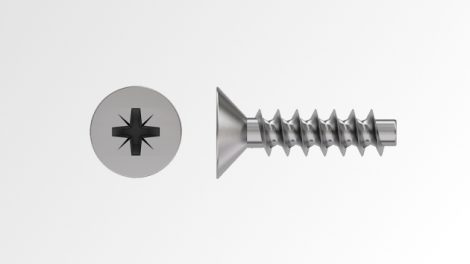 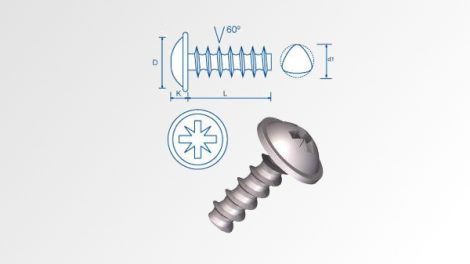 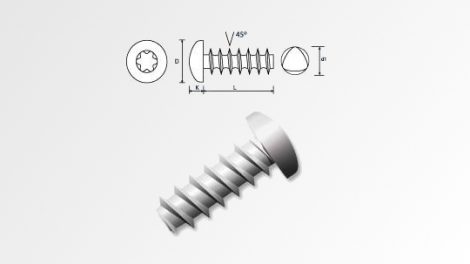 Find us on Map 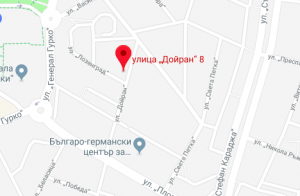